Hey kids, The Drove’s own Nick (that’s me) has started his own sci-fi adventure comic, Life The Necropolis! Check it out at www.LifeTheN.com! It’s like Star Wars meets The Good, The Bad, and The Ugly!

Don’t you worry gang, The Drove will keep chugging along too!

The Drove’s own Phil and his wife just had a baby, so we’ve asked our friends for some help keeping the Drove on schedule!

But once again, it’s the all NICK show! I used 3 pictures of Queen for reference, and even used a picture of them at Live Aid (I think) for the crowd shot that I did a poor man’s rotoscoping job on! I got the idea from a Death of Superman issue where they just cranked up the contrast on a shot of a city and used it for panels of Metropolis. Hey, at least I drew the stage!

Click HERE to check out our newest design on our Redbubble store! 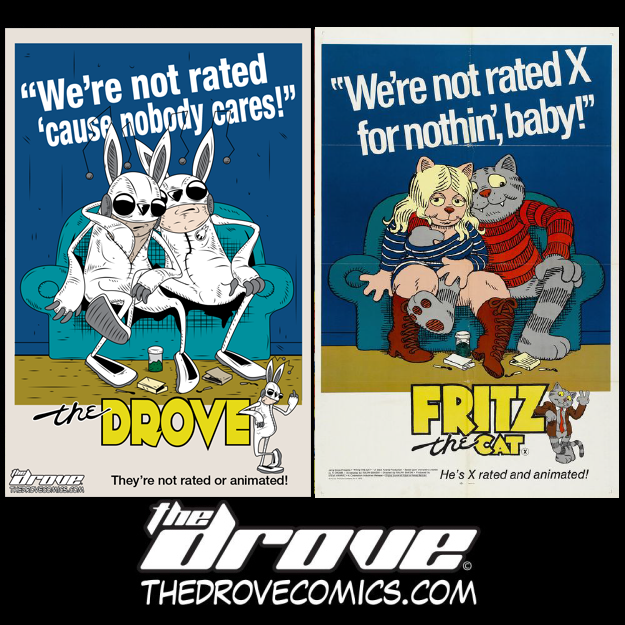 The Drove! New Every Wednesday!

The Drove! New Every Wednesday!